The name Taking Back The Future takes the focus from me and puts it on what the organization was founded to achieve for the kids served by its mission.”  ~Tarik Black, Founder

Tarik Black Foundation is Taking Back The Future. Our mission is to elevate understanding in the areas of Global Diversity, Wealth Creation, Healthy Habits, and the Impact of Technology by providing youth access to practical information through exposure to the real world.

Judith Black Moore is president of the Tarik Black Foundation and creator/producer of Taking Back The Future, the organization’s life skills program.

Her marketing and communications career spans over 30 years. In addition to serving as the director of communications for St. Jude Children’s Research Hospital for 14 years, she has held key positions in public, for-profit and non-profit organizations including First Tennessee Bank, Memphis City Schools, International Paper Co., Memphis Light Gas Water, National Civil Rights Museum and Memphis Brooks Museum of Art. This background has prepared her well for her role as co-founder and president of Tarik Black Foundation.

Community service has always been her passion – a passion she instilled very early on in her three sons – Bilal, Amal and Tarik. She taught them that regardless of their circumstances, there is always something you can do to enhance another’s life. With this philosophy in mind, she has served on numerous non-profit boards and played key roles in organizing countless community initiatives and events. A 2001 alumni of Leadership Memphis, she is also a 2011 graduate of the Federal Bureau of Investigation (FBI) Citizens’ Academy. Appointed to Memphis’ Minority Business Development Oversight Commission in 2013 and later serving as chair, for five years she advocated on behalf of minority business owners in their efforts to be awarded city contract opportunities. With a BA in Journalism and an MBA in Marketing, she is also a member of Alpha Kappa Alpha Sorority.

She helped launch the Tarik Black Foundation in 2017 fulfilling a commitment she made to her son, Tarik Black even before he signed his first NBA contract. Their goal was to offer experiences that help youth avoid the pitfalls so often resulting in negative consequences for young adults. “We prepare young people for life. When youth are well informed, well prepared, and well rounded, they can make good decisions and wise choices,” says Moore.

Tarik credits his mother’s support for keeping him humble and spiritually grounded throughout his professional basketball career. She was adamant that he complete his undergraduate degree and encouraged him to complete his graduate degree before entering the NBA. He says that solid foundation has served him well as he went on to play for the Houston Rockets, Los Angeles Lakers and now internationally having played for Tel Aviv, Russia, Istanbul and Greece. 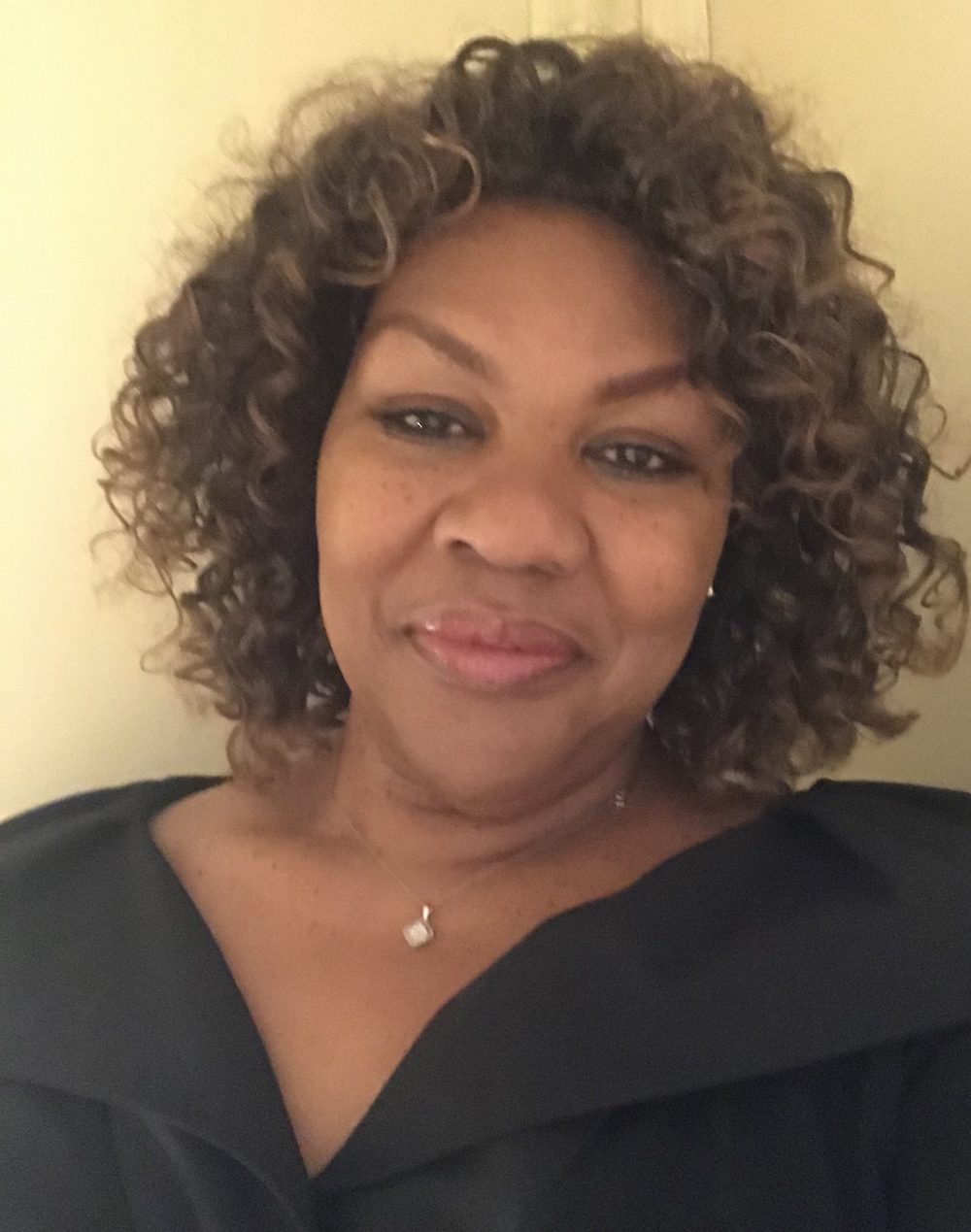 Boundless youth experiences shaped Tarik’s young life. His desire to give back by offering transformational experiences to the next generation was the catalyst for launching his foundation.

As much as he loved playing basketball, life experiences off the court were the most impactful in preparing him to be an accomplished young man. “There were experiences my parents insisted I have that shaped my values, my character, and prepared me for my life as a professional athlete,” says Tarik. He recalls the time his mother made him attend a science camp at the Centers for Disease Control in Atlanta before she would agree to him participating in the NBA’s Top 100 High School basketball players camp one summer. “I didn’t understand then why attending the science camp was as important as going to an elite basketball camp,” he says. Now, he understands all too well.

When he worked alongside his dad helping to renovate rental properties and hauling items to his dad’s outdoor flea market, he hated the hard work it entailed but realizes now the valuable lessons he learned from the experience.

At age 15, it was a professional athlete that transformed his way of thinking about what success should mean. During an award acceptance speech Tarik listened to former NBA player, Magic Johnson talk about using his NBA platform to fulfill his real calling – a calling to serve humanity. Moved by these words, Tarik decided that night he wanted to do the same if blessed with the chance. It was at that moment he understood the power of professional athletes to influence young lives.

Tarik learned empathy and compassion through his friendship with an autistic buddy who he realized simply navigated the world a little differently. During his teen-age years, participating in Memphis Bridge Builders taught him to appreciate diversity. It was a combination of all these life experiences that taught him servant leadership.

After graduating from University of Memphis and completing his master’s degree at the University of Kansas, he is now a testament to how positive life experiences prepare young people to become successful adults. “Through the Tarik Black Foundation, my vision is for youth in the communities we serve to develop into self-motivated, productive adults who achieve their dreams.”

While an NBA player with the Houston Rockets and Los Angeles Lakers he offered free activities for youth in those communities as he has for youth in Memphis, his hometown. Now playing abroad, Tarik offers the foundation a global vision and is why international education is a key component of the foundation’s Taking Back The Future program. 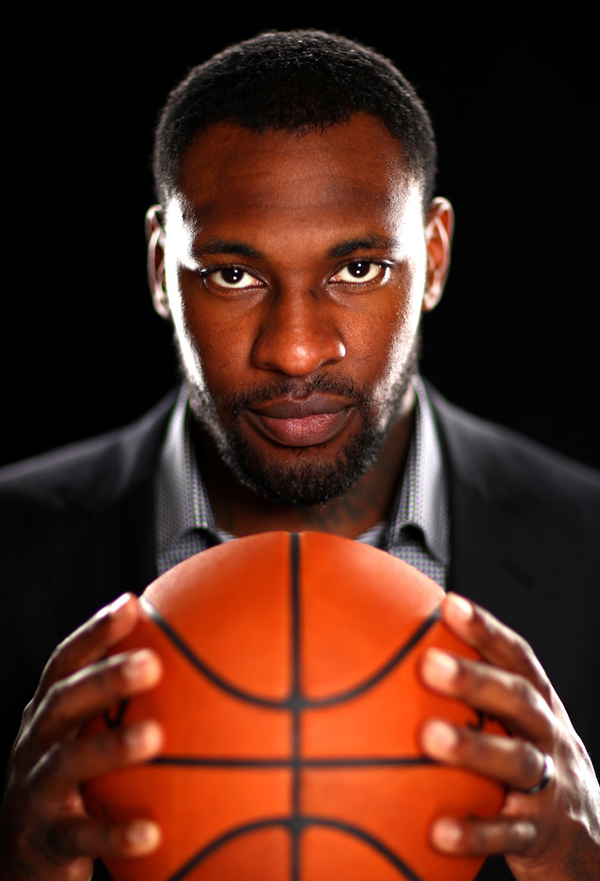 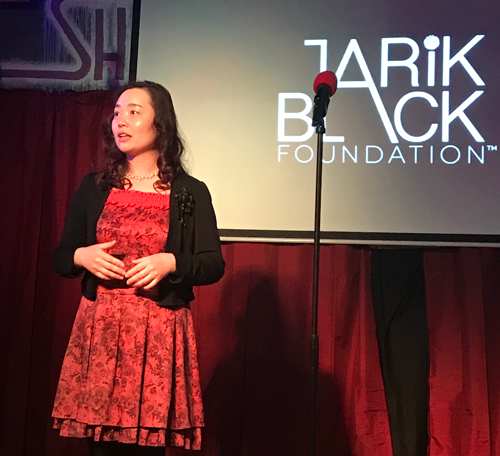 Li Kong has over 15 years of international mortgage consulting experience. At Ivy Mortgage, she specializes in helping clients customize their mortgage plan to suit their financial objectives. Li also coordinates development projects that support research at Duke University where her husband is a prominent scientist. She earned a law degree in China and worked for Zhongnan Economy and Law College as a legal aid, a program sponsored by the Ford Foundation in the United States. Early in her career she worked as a volunteer in the Legal Aid Bureau in Baltimore, MD helping low-income citizens obtain legal assistance.

A graduate of The Ohio State University with a degree in Civil Engineering, Bruque Argaw is an automotive engineer. She serves as a design engineer for multiple future vehicles including as a Design Release Engineer in various GM brands. Bruque served as the Interior Issue Resolution Team Co-Chair at the CAMI Plant in Ingersoll, Ontario, Canada for the launch of the 2018 Chevrolet Equinox. She is currently pursuing a Master of Engineering in Global Automotive and Manufacturing Engineering (GAME) at the University of Michigan.

Muriel Hepburn’s career includes serving as vice president with Equifax, Inc. and Deputy Director for the National Black Arts Festival, Inc. Currently, an instructor at Atlanta Metropolitan State College she is committed to excellence in financial education. This commitment drives her ongoing passion for helping individuals develop a financially successful life plan. For years as a financial business consultant, she provided financial accounting and income tax services to small business and individuals. Ms. Hepburn has also served in leadership positions in Georgia’s Fulton County School System. At this stage in her career, her desire is to make a difference in the lives of others by actively mentoring children and adults.

Leonard Draper. Jr. is the namesake of The Tarik Black Foundation’s Leonard Draper Jr. Guiding Hand Award. He is the president of Draper Property Services which he founded in 2002. Prior to starting his business, he was director of operations for Citel. With an extensive background in project management, for 21 years, Leonard was a manager at FedEx serving as service manager and later as manager of customer accounts for the global company. A highly regarded and recognize family for their support of youth in Memphis, the Drapers helped launch Tarik Black Foundation’s TRANSFORMATION50 Basketball and Life Skills camp where Leonard’s son served as its first camp director. His father Leonard Draper Sr. is credited with advocating for the inclusion of African American athletes on the then Memphis State University basketball team.

Jennifer McDaniel is a certified professional coach, well-being strategist and a founder of Soul Abode, a company providing well-care solutions to optimize well-being for women of color. She has over 25 years of experience as a professional speaker, corporate trainer and a learning development leader in the beauty, health, and wellness industry. Jennifer is a graduate of IIN (Institute for Integrative Nutrition) where she studied over 100 different dietary theories for building optimum health and wellness from the inside out. She received her professional coach training from IPEC, where she is trained in Core Energy Coaching™. Jennifer is credentialed as an Associate Certified Coach through The International Coach Federation (ICF).