An Evening for Boys and Men 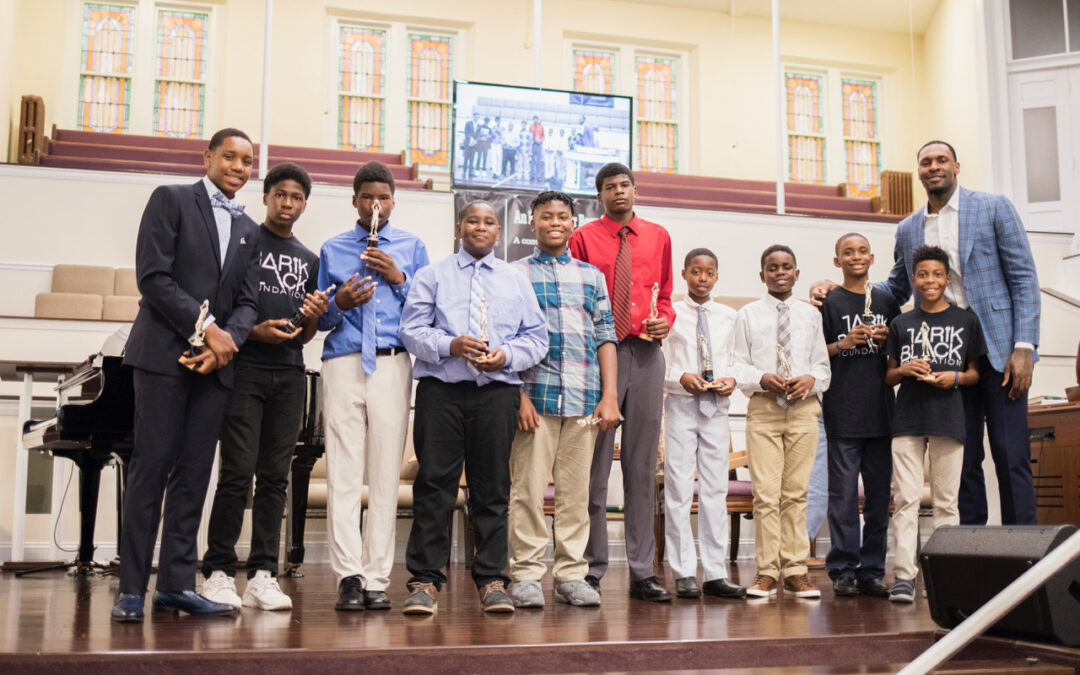 A Conversation about Growing into Manhood

The finale was the announcement of the TRANSFORMATION50 Camp Awards for 2018: Carlito Craft – 1st Place Character Award, Donovan Carter – 2nd Place Character Award and Nikkareon Williams and Myles Richarson – Tournament MVP Awards. This concluded a week of camp activities including a field trip to the Marshall Space and Rocket Center in Huntsville, AL where campers learned about projectile motion, the force that puts a thrown basketball into motion. In addition to basketball skills, campers learned life skills such as tying a tie, checking under the car hood and using household tools. Camp application and registration dates are announced in early spring and will be posted on this site and in our social media.