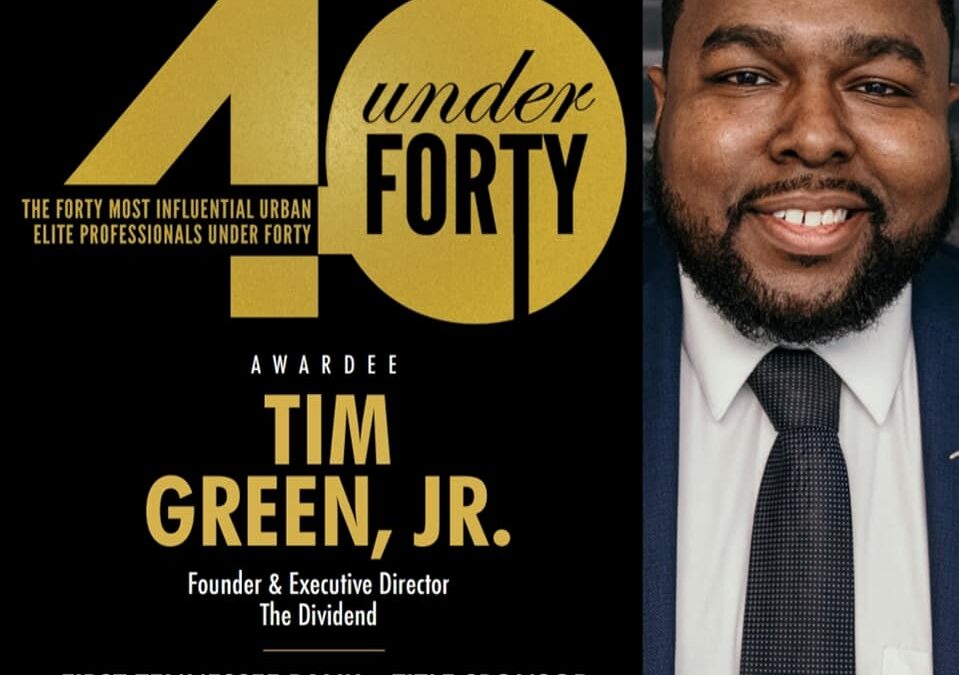 The Tarik Black Foundation proudly congratulates Tim Green, Jr., our Director of Boys’ Programs on being named one of this year’s 40 Under 40. The honor acknowledges Tim as among the Forty Most Influential Urban Elite Professionals Under Forty in Memphis.

Top 40 Under 40 Urban Elite Professionals Awardee #7 is Tim Green, Jr. Tim is the Executive Director and Founder of The Dividend, Co-founder of Memphis Restorative Justice Coalition, Founder of Tim Green Presents: Brunch and Convos and he is the Memphis Impact Leader for Profound Gentlemen. Through all his jobs and endeavors, he works to mentor boys and male educators of color.

Tim is a native Memphian and considers it his life’s work to give back to the community that shaped his life. After graduating from Whitehaven High School in 2003, He received his BA in Political Science from The University of Tennessee-Knoxville and a M.Ed. from Bethel University. Tim has over 16 years of experience in youth development from being a classroom teacher to working for some of the mid-south’s most prestigious schools and nonprofits.